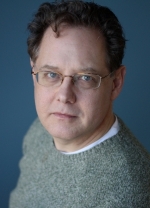 Calling all movie lovers! Boston Globe film critic Ty Burr will break down this year's slate of Oscar nominations and reveal his predictions. Bring your questions and be prepared to share your opinions, but no spoilers please!

About Ty Burr: Ty Burr, “professional movie-goer”, is the Boston Globe’s film critic and cultural columnist, sometimes covering music, theater, books, and the internet. He has been at the paper since July 2002. He previously wrote for Entertainment Weekly. Burr is the author of Gods Like Us: On Movie Stardom and Modern Fame (2012), The Best Old Movies for Families (2007), and the e-book The 50 Movie Starter Kit: What You Need to Know if You Want to Know What You’re Talking About (2012). He is a member of the National Society of Film Critics and the Boston Society of Film Critics. In 2017, he was a finalist for the Pulitzer Prize in Criticism. Burr studied film at Dartmouth College and New York University and is currently an adjunct professor in the Film & TV department of Boston University. He lives in Newton.

Presented in collaboration with libraries in Andover, Chelmsford, North Reading, and Tewksbury.

Register with link in description